Celebrate Manchester Pride at our screening of four international LGBT short films themed around Political Pride screening on Saturday 29th August at 3.45pm. The films include a documentary about eleven year old Melvin who lives in the Netherlands and has come out to his parents; a dramatisation of a gay couple living in the Middle East facing execution; story of a black gay kid coming out on the eve of Obama’s election; and two friends in India drawing parallels between Gandhi’s work attending marches and a gay pride march. Entry is free so join us at our Queer Story Showcase at Manchester Metropolitan University Business School by All Saints Park at 3.45pm. Follow us on Twitter @QueerStoryUK and click on this link to join the event page on Facebook.

Our film screening is part of Political Pride, organised by the Joyce Layland LGBT Centre, LGBT Youth North West, Manchester Metropolitan University and People’s History Museum who have joined forces to programme a weekend of alternative events to take Pride back to its roots. 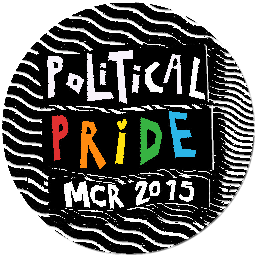 Political Pride, which takes place on Saturday 29th and Sunday 30th August, immediately following the Manchester Pride parade, will include workshops, film screenings, discussions and performances, alongside a series of family-friendly activities. All events will be cost-free and inclusive, and will take place in several accessible locations on and around the Oxford Road Corridor in Manchester.

The weekend will provide a platform for participants to explore the politics of Pride, and to identify and explore some of the most important issues for the LGBT+ community today. Political Pride will provide an accessible and alternative space to the pub and club scene of Canal Street, in order to open up the Pride celebrations to a more diverse representation of LGBT+ people in the North-West.

All activities are free and below is the list of films that will be screened at Queer Story Showcase. Check out the Political Pride website for information on the other activities.

DIRECTIONS: Queer Story Showcase will take place in Lecture Theatre 1, on the ground floor of the Business School (number 4 on this map). The building is fully accessible, and we’ll make sure that the way to the lecture theatre is fully signposted. 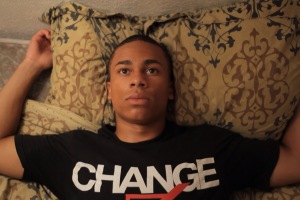 When you start believing, you don’t have to be answerable. ‘Kyunki’ is a short journey of a non-believer towards his realisation of faith in queer rights.

ABAN + KHORSHID
Dir: Darwin Serink, USA, 2014, 15 min
Persian, English subtitles
In 2005, the world saw a photo of two young Iranian men being executed for being gay. That image inspired this film about the two men in the hours before their execution.

If you only had a few hours to live, what would you share with the one you love? 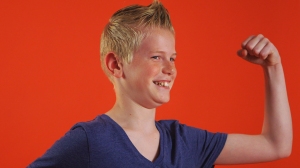 Straight With You is a documentary about eleven-year-old Melvin, who has a secret: he is not into girls. Although his family knows, he’s afraid to tell his schoolmates, as he thinks they might start bullying him. What should he do when the coolest girl in his class sends him a love letter?